BREXIT: All prices are without the 22% Slovenian VAT and therefore lower!

In addition to the costs from the offer (website) there will be the cost of the UK VAT and the costs of the import papers. Those costs will be on a separate invoice from the freight forwarder, which will handle the VAT and import papers for you. The products will be delivered directly to your doorstep. You have no work with the export / import. The delivery service will do this for you. For a personal offer please send an email to info@honey-extractors.co.uk

Images are symbolic and represent the current or similar article with the same characteristics. 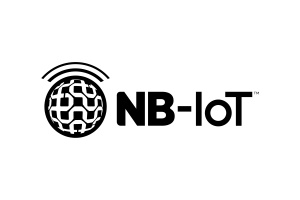 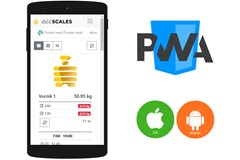 The latest data is displayed on the smartphone. The mobile app is made as a progressive web app that works on all smartphones (Android, Apple), tablets and home computers. 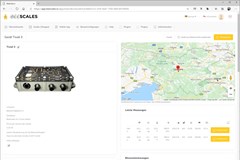 Web portal - configuration of the scale and detailed analysis

The web portal provides a detailed view of measurements from the scale. It is used also for the configuration of the beehive scales. 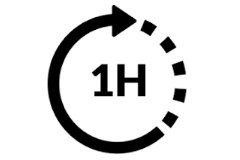 The measurements are taken every hour. You never have to wait for the data again.

The central unit sends the data to the server, where it is processed. The current measurements are available at any time via the mobile app and the web portal. 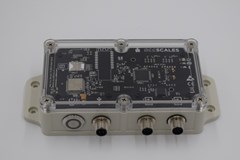 Central unit is the core of the system that enables data acquisition and transmission over the cellular network to the server.

The central unit is a minicomputer with an internet connection. Software runs on the scales and is constantly updated with new functions. 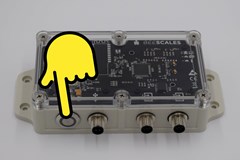 Just turn on the switch and the beehive scale will work.

The scales come with a built-in SIM card that takes care of data transfer. It works across Europe. You have no work with the configuration. Just unpack, assemble and switch on. 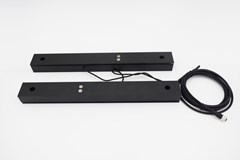 Are universal and therefore fit under any prey system. Dimensions of the weight sensors 45x5x3.8 cm. Made of high quality aluminum. The black surface is anodized and also formic and oxalic acid resistant. A 100 kg weight sensor with an accuracy of 20 g is built into each scale. They are connected to the central unit with a 3 m long cable. Have a low overall height of only 35 mm. 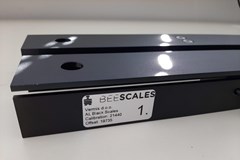 Individual calibration of the scale

Each scale is individually calibrated to ensure the highest possible measurement accuracy.

The weight sensors are numbered and should be switched on at the places provided for on the central unit. 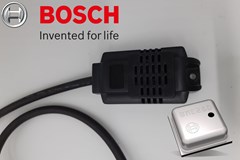 The beehive scale has a high-quality weather sensor from Bosch, which enables the measurement of temperature and air pressure. The weather sensor is built into a housing that enables easy assembly. It is recommended to install the housing in a shady place, e.g. under the beehive. 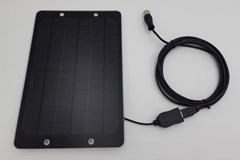 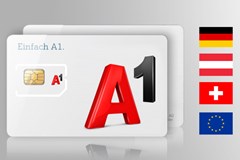 The built-in SIM card is from A1, data transmission is guaranteed throughout Europe. Is specially configured for M2M (machine to machine) communication. The SIM card is managed by us, so you do not have to worry about topping up any costs. 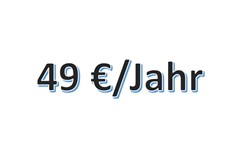 Using the scale with your own SIM card is free. You have no fees for using the scale, the webportal and the mobile app. 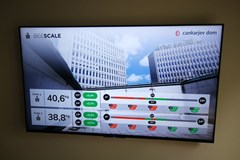 View the data on TV

The beehive scale measurements can also be viewed on the TV screen. This option is particularly suitable for beekeepers and institutions that want to bring their bees closer to customers in the shop and in other business premises.

Publication of measurements on websites

The measurements from the beehive scale can also be published on the beekeeper's website. This works with the help of "web widgets" that can be easily implemented on the website. 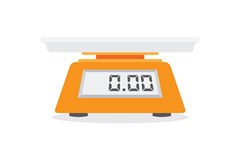 It is possible to set the desired weight of the beehive yourself via the web portal. Some beekeepers use it to set the weight of an empty beehive to 0 kg. However, you can also use this feature to reset the weight changes that occurred as a result of adding an extra load. 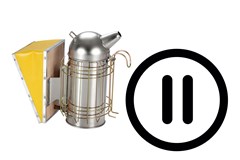 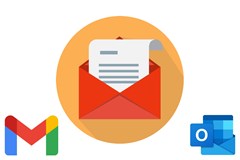 It is possible to set up the daily sending of e-mails with measurements of the scale. You can receive these emails yourself or your friends if you prefer. 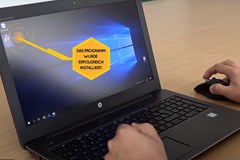 The firmware of the central unit can be updated with the new versions as they been developed. This can be done simply by connecting the central unit to a PC with the included USB cable and running our diagnostic program

Central unit has a waterproof electronics housing (protection class IP66). The scales work in the sun, rain and snow. You just have to make sure that the weather sensor is in the shade and not in the rain. 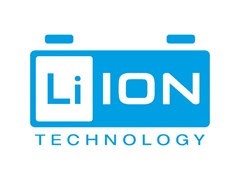 Built in is a long-life Li-Po battery with a capacity of 1800 mAh, which, in combination with the solar cell supplied, enables unlimited operation of the scale all year round. 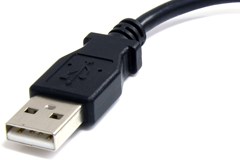 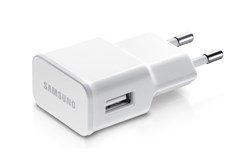 Powered by a USB charger

The scale can also be charged with a standard phone charger that has a USB-A connector. This option is suitable for quick charging of the built-in battery of the central unit. But you can also supply the balance directly with the USB charger instead of with the solar cell. 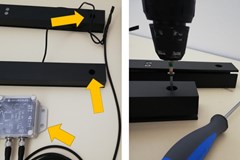 Possibility of fastening with screws

The central unit and the weight sensors can be attached to the base with screws. This prevents the scale from being easily carried away. 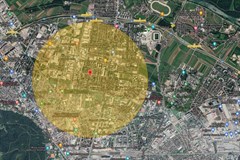 The scale is connected to the GSM network. This connection can be used to roughly locate and track the scale. 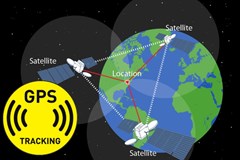 The central unit has a built-in GPS receiver for precise localization. You can always check the last location of the beehive scale. 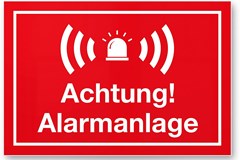 The beehive scale has a built-in motion sensor. With this sensor it detects even the smallest movements and vibrations of the scales. If it detects that someone is moving or trying to remove the scales, it alerts the beekeeper immediately. The scale sends its exact location, which it gets with the help of the built-in sensor.