BREXIT: All prices are without the 22% Slovenian VAT and therefore lower!

In addition to the costs from the offer (website) there will be the cost of the UK VAT and the costs of the import papers. Those costs will be on a separate invoice from the freight forwarder, which will handle the VAT and import papers for you. The products will be delivered directly to your doorstep. You have no work with the export / import. The delivery service will do this for you. For a personal offer please send an email to info@honey-extractors.co.uk

We introduce to you the bee corridor for preventing bee robberies, a unique beekeeping product. Its design has been inspired by the genuine desire for a product which would help beekeepers around the world to preserve their business and the joy of beekeeping.

Its development was based on an effective concept for preventing bee robberies, which we improved to produce an innovative product which we are pleased to present below.

The principle of operation of the corridor is known to every beekeeper, since it is a proven method for preventing bee robberies. Beekeepers use various devices for this purpose. However, it is crucial to produce the effect of a corridor. With the bee corridor, which is inserted into the entrance of the beehive during the time of bee robbing danger, the power of the attacker bees is significantly reduced and the defence capability of the guard bees is increased.

Back in 2013, Vlado Augustin, an adviser with the Beekeeping Public Advisory Service (JSSČ), a specialist in the field of beekeeping technology, wrote in the Slovenski čebelar magazine (Number 7-8) about "the tunnel that prevents bee robberies". He added:

"The most effective way to prevent bee robberies is to use the so-called “tunnel', which can be inserted in the entrance."

A long-time president of the Belgrade Beekeepers' Association, Boza Petrovic recommends the use of the "tunnel" as a prevention of bee robbery, whereby the operation is described as:

"The principle of operation is based on the way bees move as they enter the hive of another bee colony to loot the honey. A foreign bee would try to get to the honey as soon as possible and that is why it immediately moves upwards against the inner side of the front beehive wall. Resident bees move differently. They enter the hive through the entrance and move through the centre of bottom board, and exit the hive by moving parallel to the hive's entrance. It seems that an invisible traffic signalman is controlling the movement of bees both inside and outside the hive. When a foreign bee gets into the tunnel, it can't go up. It flies in circles disoriented, until the guard bees drive it out."

The bee corridor for preventing a bee robbery is an upgrade of the already known corridor or tunnel effect. We took a verified concept, upgraded it with a double tube corridor, which enables half-closing of the corridor, and made it from a durable ABS plastic material which is resistant to UV light and without any negative effect on bees.

By using the bee corridor anyone is able to protect their bees from bee robberies in the most efficient and tested way!

When is the bee corridor used?

Many beekeepers are trying to protect their bee colonies from bee robberies by narrowing the beehive entrance during the danger of bee robbery. This method somewhat reduces the intensity of the attack, but in most cases it does not prevent the bee robbery because attacker bees that penetrate the defensive line of the resident bees immediately spread throughout the hive. Because the attack is spread, defender bees cannot protect their colony. 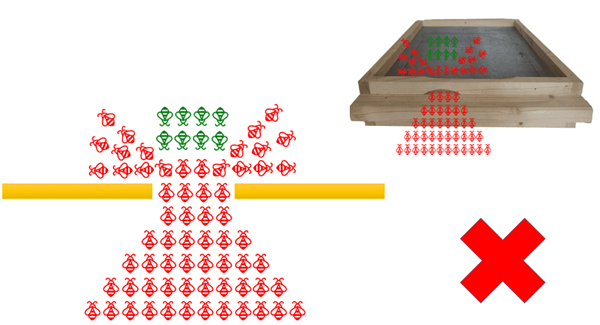 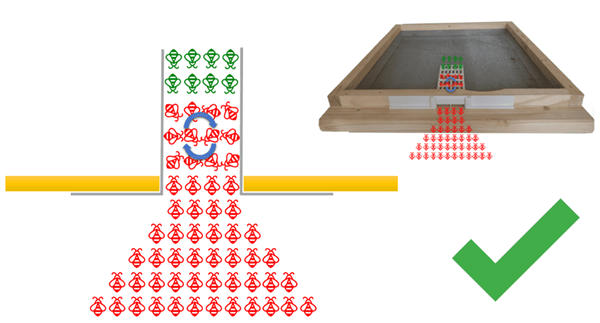 Using the bee corridor is an effective defence against bee robberies

Is the bee corridor for preventing bee robberies comparable to the conical bee escape board?

The conical bee escape board narrows the beehive entrance and cannot be used as a prevention measure for a longer period when there is a danger of bee robbery (in summer and autumn) since it significantly hinders the entry/exit not only to potential attacker bees, but also to the resident bee colony.

The bee corridor, on the other hand, completely prevents the robbery through its preventive design. It is inserted into the beehive at the time of the danger of bee robbery (in July, at the end of the honey flow period) and left there until winter. The corridor maintains a width of 5cm throughout its length, so it does not hinder the resident bee colony in its daily routine.

Half-closing the corridor in case of a weak bee colony

In the case of a weak bee colony, the corridor can be half closed using the provided closure plate (only one tube of the corridor is closed). Thus the weak bee colony (e.g. nucleus colony) is additionally protected against a potential bee robbery, since the method of narrowing beehive entrance is used in addition to the bee corridor principle.

Using a closure plate with vent holes, the corridor and the beehive entrance can be completely closed, if necessary. 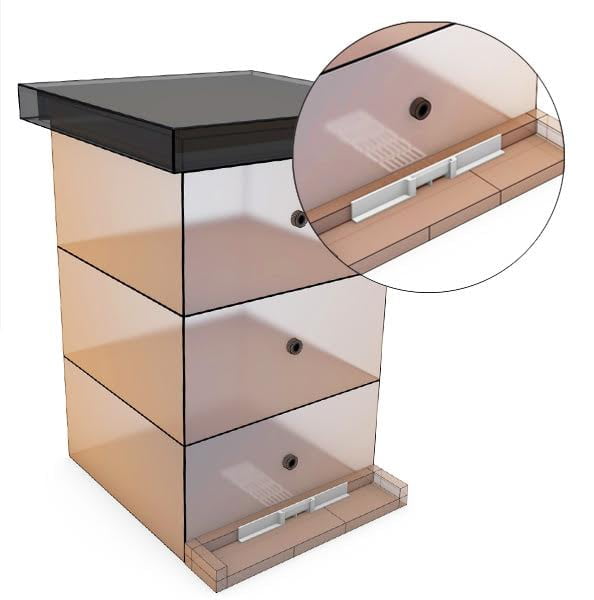 Universality
The corridor is suitable for all hive systems with an entrance of at least 50 × 8mm.

Durability
The corridor is made of high-quality ABS plastic with a very long service life. 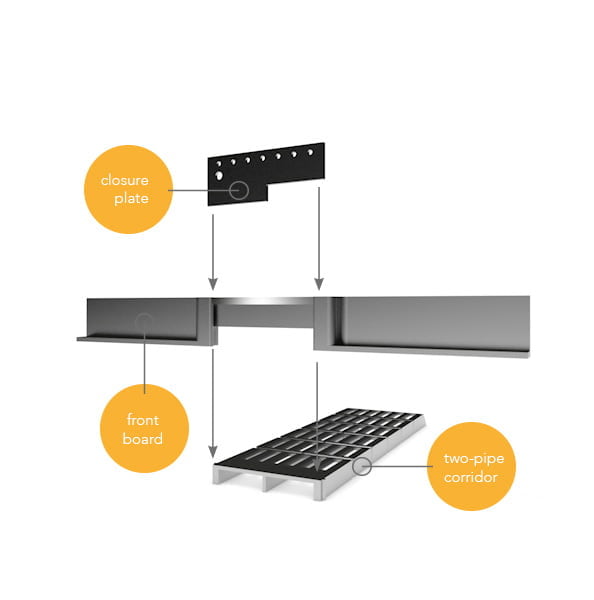 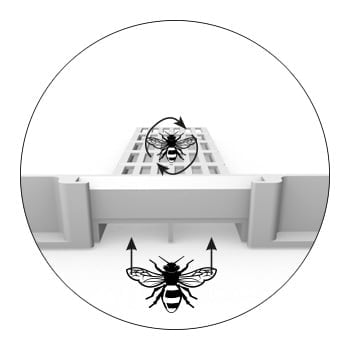 The corridor cuts off the attacker bees’ direct way to the honeycomb and disorientates them so that they fly in circles. This way the guard bees can easily drive them away. 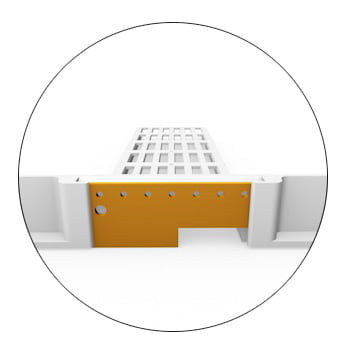 The effectiveness is additionally increased when the corridor is half closed with the closure plate. 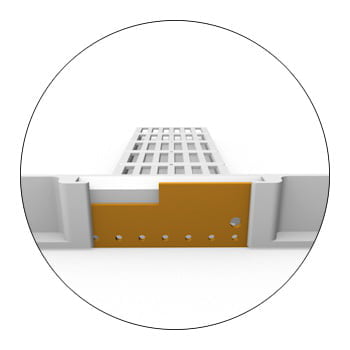 With the closure plate, the entrance to the hive can be completely closed if necessary. 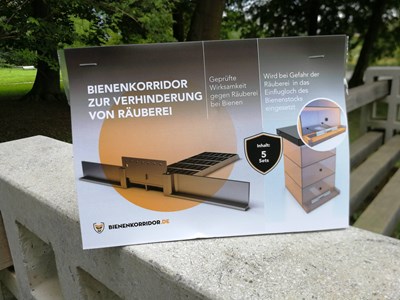 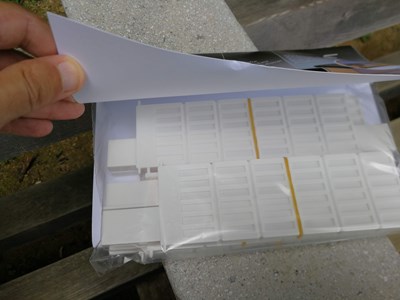 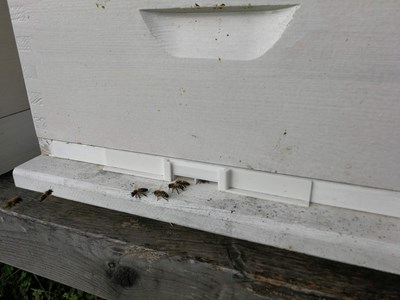 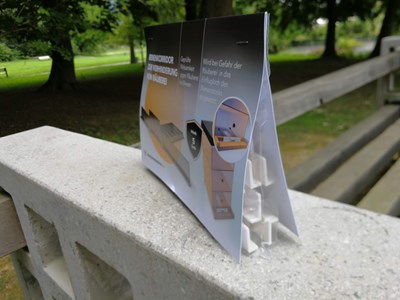 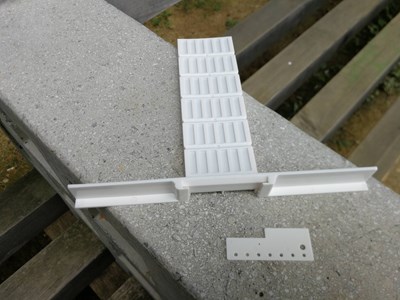 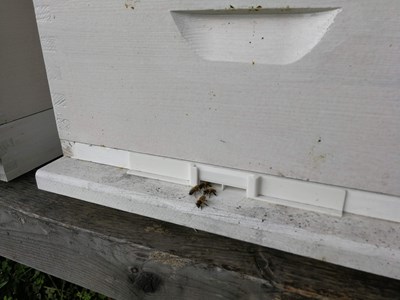